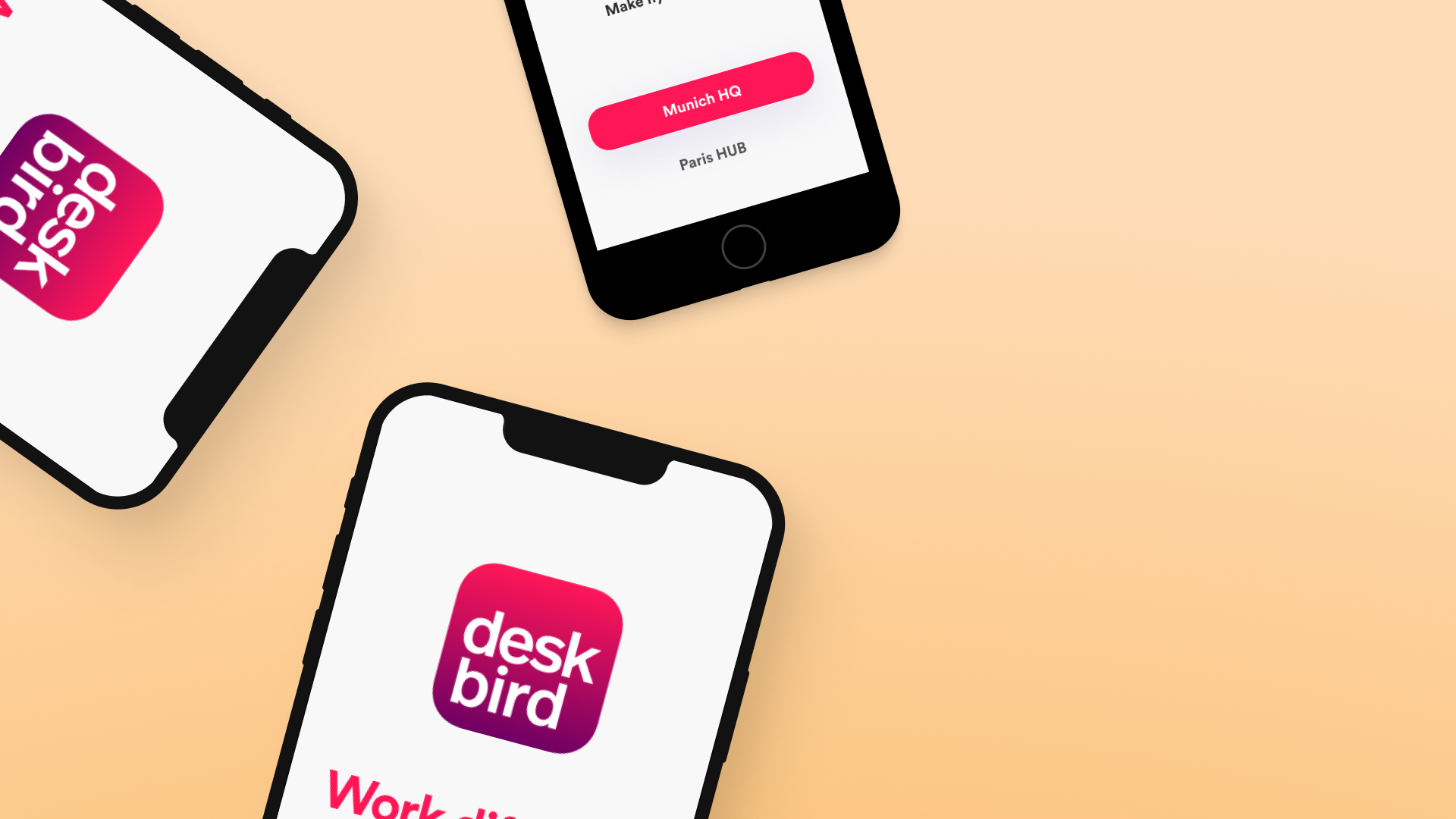 Where you work is not as important as what you are working on. Invest in those community spaces which support the overall experince of the workingspace. How do we approach this?

In order to better understand the needs and pain points of people, we developed a series of questions and began our research.

User: office worker, who goes to the same office every day

Visual requirements
High-fidelity, best to assume an iPhone11 Pro / X size – as much as possible. Design principles such as consistency, visual hierarchy, discoverability of affordances etc.

Side drawer
Side drawer helps optimize space when you have lots of navigation options to present to the user. It is a great navigation pattern in mobile app and tablet (small-screen) UI design because your app should be intuitive and predictable.

But making navigation discoverable and accessible is a challenge on mobile due to the limitations of the small screen and to the need of prioritizing the content over the UI elements. Different navigation patterns attempt to solve this challenge in different ways, but they all suffer from a variety of usability problems.

Remove UI noise for intuitive navigation flow
If the mobile app has a deep navigation structure, the user will need a way to move between navigation destinations without being distracted by visual clutter or complicated navigation paths.

The side drawer groups all navigation items under one root view. By consolidating items, rather than dispersing them across the UI, you’ll increase visibility. You’ll also reduce the cognitive load for the user as they’ll only need to focus on a single UI component.

Additionally, with no back button, the number of required user actions to complete a task is kept to a minimum.

Create hidden navigation for secondary actions
The side drawer allows you to save on valuable screen real estate by neatly storing secondary navigation links, such as user profiles, or settings or contact pages.

Side drawers and slide menus are often used to house less important navigation links, which the user isn’t likely to use on a regular basis. They allow you to keep your most important features and navigation destinations front and center and de-emphasize the rest.

Make sure they are placed inside of the frame, and not simply put on top. Check your layers structure, they should belong to the main frame you are viewing.

Similar to the earlier idea, this one aims to implement the timeline concept vertically, thereby making it easier to select dates and also visually appealing. 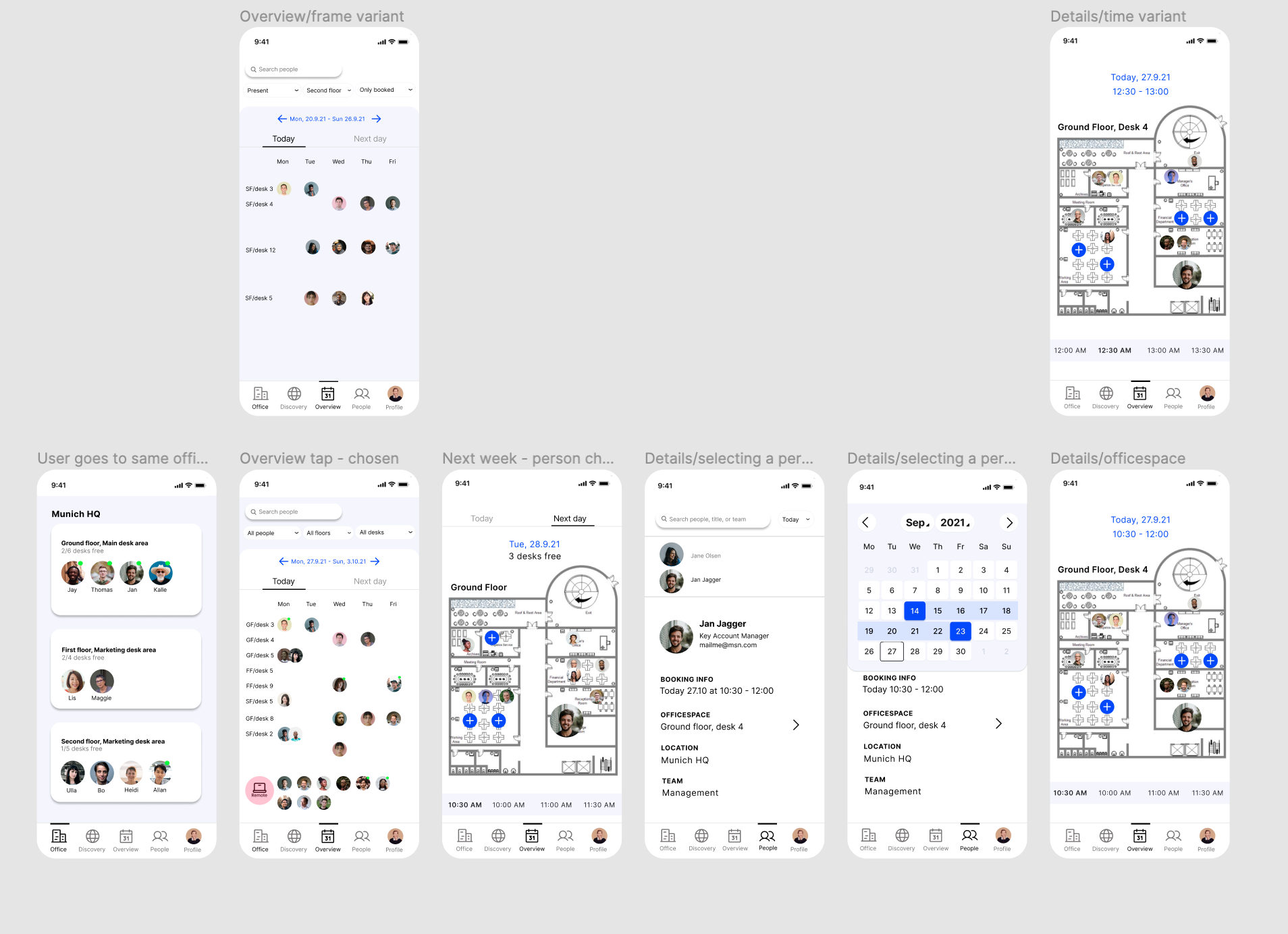 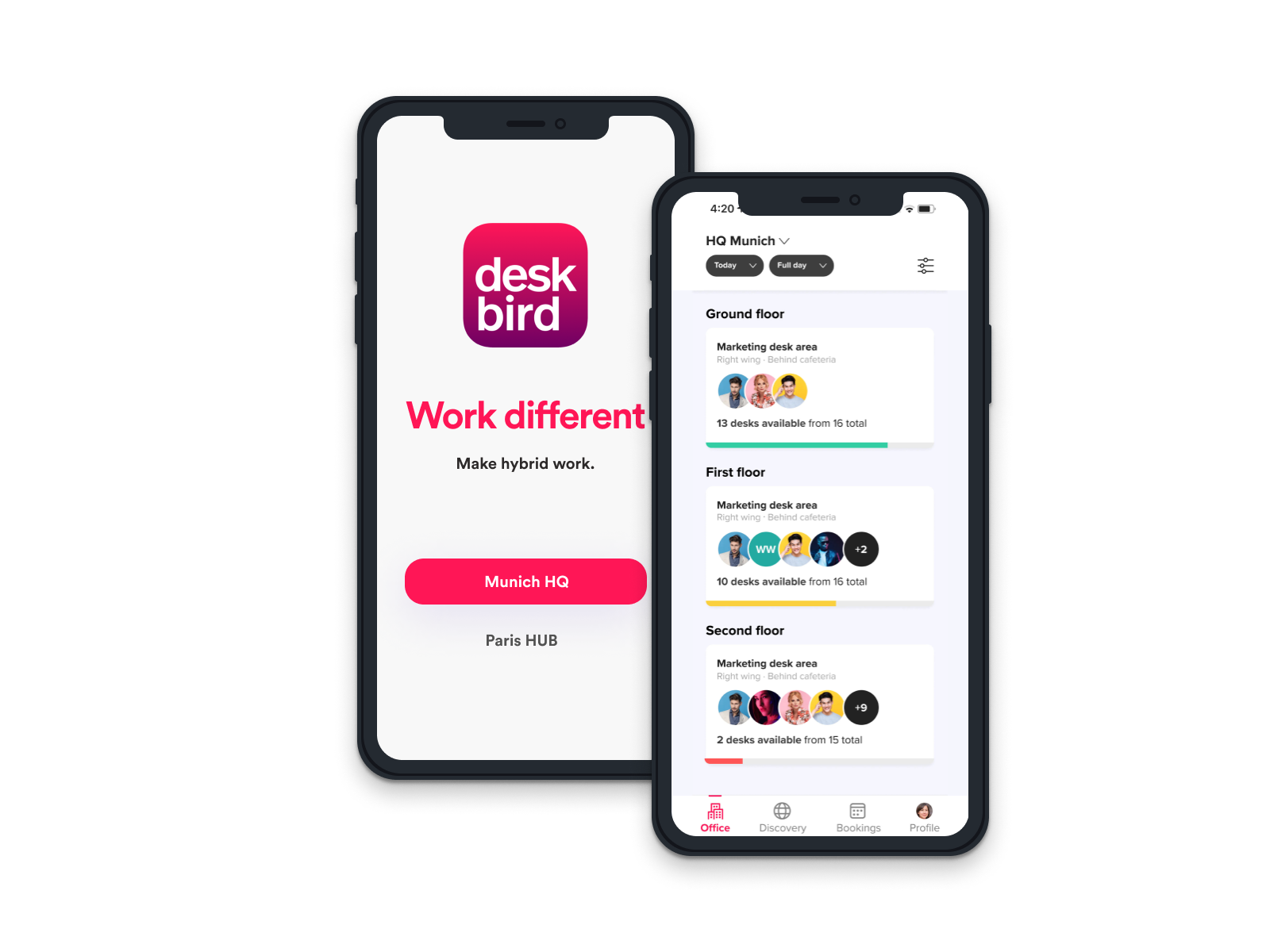 Check in
Track voluntarily when, where and how you work

Workspace
Overview of the office space you are currently signed into 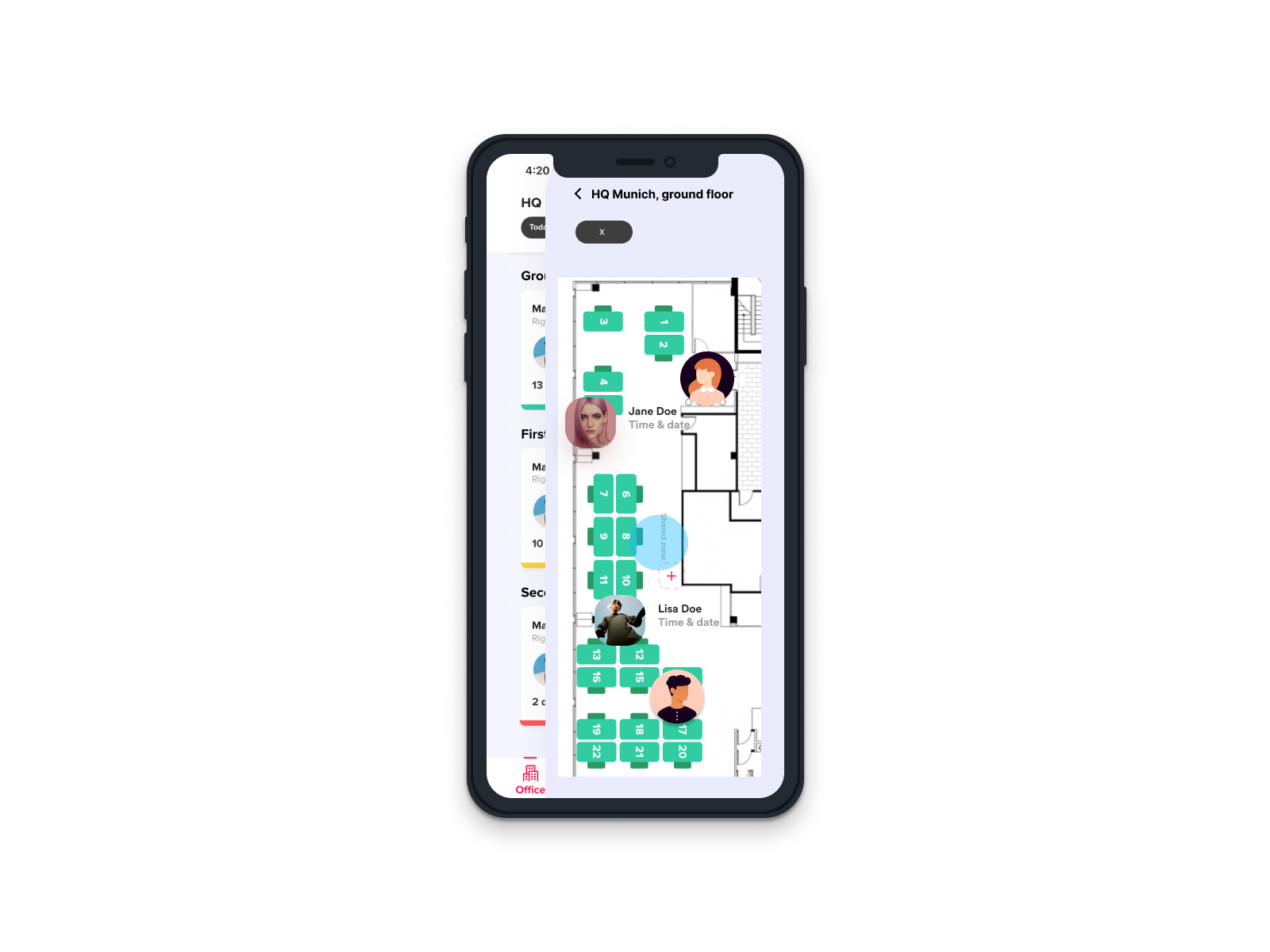 Measure office utilization and identify patterns to define your optimal office setup. Ask employees for ways to improve your workplace.

Smart desk booking for an organization

Let your employees see when their colleagues go to the office, discover available desks on interactive floor plans and book in just two clicks.

Booking of desks in advance or on the spot 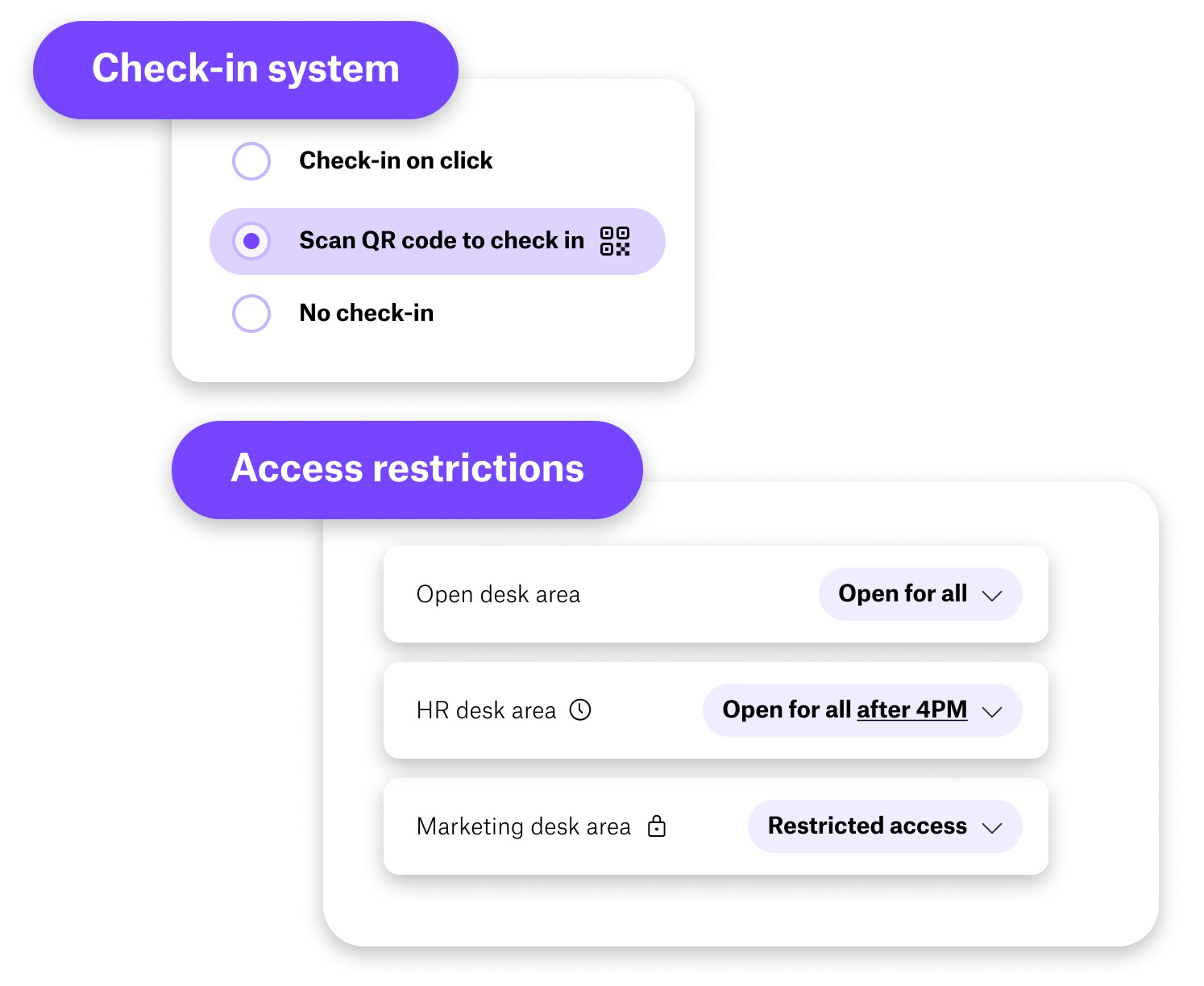 Tailored to your hybrid office setup

Define areas with free seating or with access restrictions, and switch on a check-in system to avoid no-shows.

You can toggle right click protection within Theme Options and customize this message as well.

You can also add shortcodes here.